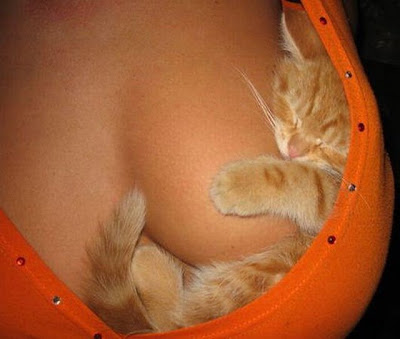 As some of you know, I am a Mac user. Safari is Apple's browser, so that is what I have used for a long time. I have never tried to use Safari on a PC, so I don't know how well the PC version of Safari works. I suspect not as well as it does natively on a Mac. (I do own a PC, but I only need turn it on to raise my blood pressure. And actually trying to do my work on a PC is simply too frustrating. Different strokes for different folks. So I have never tried Safari for PC.)
The other day I was trying to find out why my Mac was running slowly under certain circumstances. Since a virus is hardly the first thing one checks when troubleshooting a Mac, I began to examine the applications I frequently use, and when I slapped an Activity Monitor on Safari, I quickly saw it was hemorrhaging RAM. Big time memory leak. And so I blew the dust off Firefox, the only other browser I have chosen to use, and cranked it up.
As you might surmise, I am not fluent in FirefoxSpeak. Safari has always done all I want and much more, so I never have learned to speak the Firefox language. But until Apple gets up off their arse and fixes Safari (as usual, they are simply stonewalling and trying to pretend there is no problem with Safari for Mac) I will be using Firefox.
I should explain that I have tried to use Firefox in the past, and found it to be a good sturdy little bugger, but clunkier than an old Model-T Ford. (Version 2) It is so obviously PC-oriented, that I quickly went back to Safari. Now that I am sort of forced to use Firefox, for a while at least, I want to learn a few things about it. Hence this post. If you don't mind. I am assuming most of you are PC users, and therefore are in love with Firefox. So, won't you please give me a hand here with a couple of questions?
Let me limit it to two specific questions right now and leave the rest for later.
1. When you type an address into Firefox, it doesn't "self-complete" like Safari does. Instead it acts like the terrible Bill Gates creation called "Internet Explorer" - it only gives you a list of choices from its memory or places that start with those letters, and you have to stop what you are typing and go down and perform the extra step of selecting an item from the list. I hate that. If I want to perform extra steps or constantly interact with dialog windows, I will simply use a PC. So...is there a Firefox preference I haven't yet been able to find which will allow the address to simply self-complete in the address field of the browser? Or is it something I will simply have to knuckle down and do it the PC way?
[Here I should interject that I have since "upgraded" to version 3 of Firefox, and am really not finding a difference in interface intuitivity.]
2. The use of tabs. In Firefox, you seem to only have a preference choice between things opening in a new window or opening in a tab in one window. Is this correct? - I mean, you truly can't simply command it to open a list of selected items in tabs all at once? I really miss this feature that I used a lot in Safari. For example, I have a core list of maybe 25 good friends that I want to "drop" on, for sure, every single day, and that I want to comment on their blogs. In Safari, I simply put all these friends URLs into one "Good Friends" bookmarks folder and then, at will, I could simply right-click on that folder and be presented with an option to "open all these items in tabs". Can't seem to work that out in Firefox - I am having to go down the list of bookmarks and do it one at a time. With Safari, I could visit all the sites one by one in order and drop and comment, and by simply closing the tab, the next site window would automatically appear for me to drop on. Help!
Thanks, guys.
Posted by Relax Max at 8:48 AM