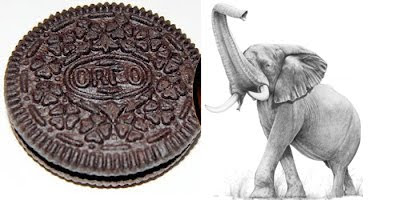 Dwarfing the manhole-sized Oreo, which hitherto was believed to be the largest Oreo cookie in existence, scientists announced today the discovery of a chocolate saucer of unheard of proportions in the small village of Photoshop, Kenya. The photo shows the Oreo dwarfing a full-grown African bull elephant.
The enormous confection is in the process of being transported by container ship to Yorkshire, where it will be incorporated into an "Incredulity Monument" at Leeds, having been purchased by the Council of that city at the urging of one of its more scientific thinkers.
Turning to sports news, the annual Scotland-to-Cornwall bicycle race was halted and disrupted about halfway through the race by an irate man screaming, "There's no such thing as a cycle-ist!"
Posted by Relax Max at 5:11 AM 2 comments: 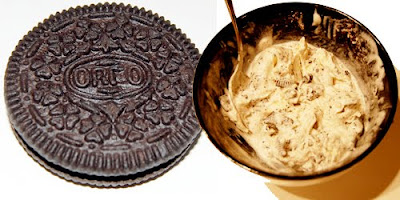 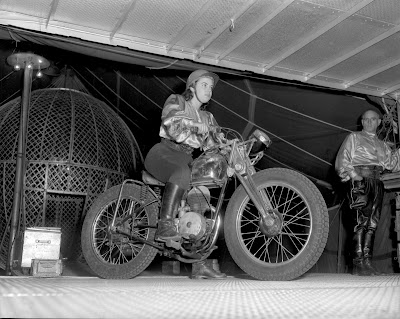 Going out in style 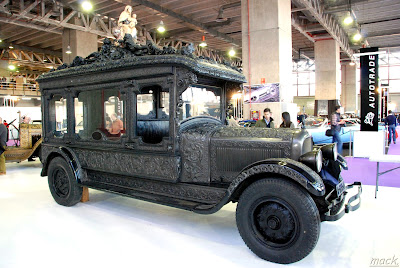 Italian funeral coach of yesteryear. Do yourself a favor and embiggen this one.
Posted by Relax Max at 12:04 AM 6 comments: 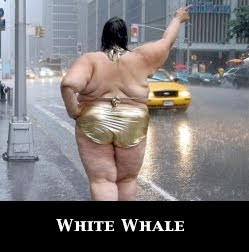 Captain Ahab had a bit of an obsession with the white whale named Moby Dick:
"I'll chase him round Good Hope, and round the Horn, and round the Norway Maelstrom, and round perdition's flames before I give him up."
And, finally:
"To the last I grapple with thee; from hell's heart I stab at thee; for hate's sake I spit my last breath at thee."
(Ishmael) And he piled upon the whale's white hump a sum of all the rage and hate felt by his own race. If his chest had been a canon, he would have shot his heart upon it.
Posted by Relax Max at 1:52 AM 3 comments:

One of my favorite movies of all time is the now cult classic "Fargo." I just remembered that Paul Bunyan appears briefly in the final scene. Remember? Watch that scene here.
Posted by Relax Max at 9:51 PM 3 comments: