More good than bad, I thought 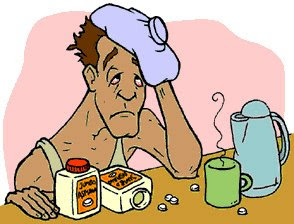 There were several deficiencies and glitches, but all in all I think the first attempt at a virtual pub party was a success. I had fun anyway. I will learn from this experience so next time it will run smoother (and I want there to be a next time.)
I didn't actually count them, there must have been close to 50 "real comments." (Those not made by myself in answer to somebody else's comment.) So that was pretty cool. Nobody really got wasted enough to make the silly comments I was hoping for, so there won't be much making fun of people today. It was my hope to be able to make some of my friends feel pretty bad today, but no such luck. Some got pretty wasted, but even those were under control. Mostly.
Next time, I want to get more heavily into real games. I thought that would take care of itself, but it didn't really work out. Next time I will do the right thing and have the ladies plan the activities and leave the drinking and dumbassing up to the men. I would want to think of a better way to handle the food issue too. Catherine was fighting a losing battle on that this time. A little more organization, but not so much as to not still be fun.
One of the unexpected fun things, I thought, (for me, at least) was the use of the chat box for live conversations. We often talk one on one with each other, but last night we were able to have several people in group discussions, and that was fun. Much of this "group chat" happened late in the day, and in the early morning hours, and it had the feeling of friends just sitting around the campfire at the end of the day. It was fun "listening" to your friends talk just as much as it was talking yourself.
So, I say let's not give up on making the pub a place where our little group can gather. There were awkward moments and things that didn't come off like I wanted, but my test is: "Did I have fun, overall?"
Yes. Yes, I had fun. I hope you guys did too.
Posted by Relax Max at 8:03 AM