Escaping from the Amish 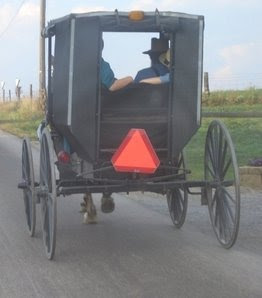 — Rules my parents made up —
Growing up Amish is hard enough all by itself. There are plenty of built-in rules when you are an Amish child. But my parents had many special rules for me in addition to the regular rules. Some of these rules were passed down through generations, and the reasons for many of the special rules were lost over the years. Still, we continued to uphold these special rules, and my parents enforced them religiously. Of course. Here are some of these special Amish children rules that I remember, before I escaped from the Amish. The rules are given in no particular order.
Build your own barn. Grow your own food. Sew your own clothes. I can't remember a time when these basic rules were not being drilled into me.
No brushing your teeth and no dentists allowed. It was perfectly ok to own a toothbrush, and it was perfectly okay to make dental appointments, but you were not allowed to keep them.
All good Amish keep receipts. In a restaurant or 7-11 store, you will never hear an Amish patron say, "I don't need the receipt." These are kept in old Danish Cookie tins and burned on New Year's Day.
Overdue library books. Actually this is such a complicated subject that it will require a separate post.
Huddling rules. These are extremely ritualistic and cannot be explained to you English.
Plastic statues of all kinds are prohibited.
Do Amish wear underwear? (Not premitted to tell outsiders.)
Violin-making. The making of violins in Amish households is certainly permitted. However the actual playing of violins is not allowed. I have often thought this fact might be part of the reason Amish violins are not in high demand, rather than simply a lack of effective advertising. It goes without saying that Banjo manufacturing is strictly prohibited, as it should be in the outside world as well.
Yard wrestling. I am often asked if the wrestling of heavy leather dummies is permitted at large Amish gatherings, such as barn raisings. The answer is no. This is very much a bootleg enterprise, much like cockfighting. I am not saying that the sight of a grown man rolling around on the grass with a heavy leather dummy is without a certain appeal, or that it doesn’t go on in certain circles, but it is officially banned.

Any travel, whether by horse, tricycle, or on foot, on streets named “Leonard” is strictly prohibited.

The drinking of water is, of course, permitted in any quantity and at any time. However, the cup should be held in the right hand (exception: those who have lost their right arms in threshing accidents are exempt) and water may not be consumed within 12 minutes of eating any quantity of pumpkin pie. The only exception to this rule is if your maternal grandmother was at one time a Methodist. (Must carry written proof of this on your person.)

The travel in any public conveyance (Trains, Planes, or Automobiles) is strictly prohibited. I hasten to add that it is not improper to buy a ticket for an airplane or train, but it is not allowed to actually use that ticket. This rule led to an unusual childhood incident that stayed in my mind for years. It is covered in a separate post entitled “The Great Ambulance Scuffle.”

I forgot to mention that it is ok to get into the back seat of a police car. (Amish have a general aversion to being tased, at least in public.)

Donkey Kong prohibited to me as a youth. But we had no TV or electricity anyway.

My entry in Ettarose's Humor Carnival. 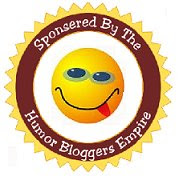