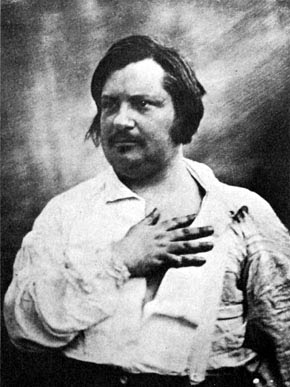 Red Dirt Girl thinks I am uncomfortable around poetry. At least she said reading certain kinds of poetry is a bit out of my comfort zone. Or something like that. Terribly insulting, although she didn't mean to be. I determined to let it go, let it roll off my back like a duck something does, because I realize her mental image of me is some sort of god-like muscle-bursting superhero (too manly to be soft enough and insightful enough to read poetry, you see,) Most of my other readers have a MUCH different perception of me. To them I am, of course, still some sort of a god-like superhero - usually the god of intelligence, I fancy - bulging with muscles and brains, yet sensitive enough to actually read 18th century French poetry and bring flowers (as opposed to simply googling poetry and pretending one has pasted it in old scrapbooks from high school, like Soubriquet does.) “... et l'ennui, araignée silencieuse, filait sa toile dans l'ombre, à tous les coins de son coeur. I'm sure you agree.

That was from GF's "Madam's Ovary" and, though not poetry, per se, is, at least, semi-sensitive. What does it mean? Who knows? — French is meant to impress, not communicate. Gus went on to say, in the same above referenced ovarian classic work, though this time in English: “Human speech is like a crack'd tin kettle on which we hammer out tunes to make bears dance when we long to move the stars.” Only I envision Soubriquet substituting "pottery" for "tin kettle." I would too. I also prefer the translation where "move" becomes "wring tears from the stars." So much more descriptive than 'moooooove.' Would you believe that, for years, I thought that little observation on life was written by Honoré de Balzac? It is true, whether you believe me so dull or not. (Though Mssr. de Balzac DOES put me out of my comfort zone, I freely admit.) My friend soubriquet, I hasten to add, knows INFINITELY more than I about de Balzac. Coffee and such. And more. So I defer.

I digress. Red Dirt Girl. A poem by a great Russian poetess with a noble nose. I don't question the quality of her poetry. I like some. I know what some means. I do question her decision to stay in Russia after the revolution. You can't blame me for that. Living her life so oppressed, a female Dr. Zhivago (to me.) One book published with Stalin's permission, then he changed his mind and had them shredded. Not allowed to write. Reduced to writing spontaneous poetry on scraps of paper for friends when they visited, never read aloud due to the bugging of her flat by the KGB, made them toss the scraps of paper in the fire after they had read them. What great lost poetry was on those furtively burned scraps of paper, the world will never know. Could have been more famous. Could have been rich. Could have gotten a nose job even. She used to go down to the train station to say goodbye to her intellectual friends as they were carted off to the concentration camps in the gulags. The situation was hopeless. Incontemplatable. A strange woman asked her if she could (poetically) explain all this. She said yes. Simply. No need for modesty now. Later she said a tear then rolled down what was once the woman's face. What the hell does THAT mean? Poetry admittedly too deep for this superhero.

But she was and is just fine in my book. So is Red Dirt Girl, though I keep it from her too much.
Posted by Relax Max at 1:52 AM