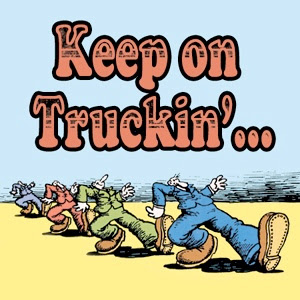 President Calvin Coolidge didn't have much to say. When he did speak, however, it was usually worth listening to. Think Harry Truman, only with an education and the ability to bite his tongue.

"Nothing in this world can take the place of persistence. Talent will not; nothing is more common than unsuccessful people with talent. Genius will not; unrewarded genius is almost a proverb. Education will not; the world is full of educated derelicts. Persistence and determination alone are omnipotent. The slogan "press on" has solved and always will solve the problems of the human race."
—Calvin Coolidge

Don't expect to build up the weak by pulling down the strong.

There is no dignity quite so impressive, and no one independence quite so important, as living within your means.

Duty is not collective; it is personal.

Any man who does not like dogs and want them about does not deserve to be in the White House.

I have noticed that nothing I never said ever did me any harm.

They criticize me for harping on the obvious; if all the folks in the United States would do the few simple things they know they ought to do, most of our big problems would take care of themselves.

Little progress can be made by merely attempting to repress what is evil. Our great hope lies in developing what is good.

The right thing to do never requires any subterfuge, it is always simple and direct.

I sometimes wish that people would put a little more emphasis upon the observance of the law than they do upon its enforcement.

It takes a great man to be a good listener.

No man ever listened himself out of a job.

We draw our Presidents from the people. It is a wholesome thing for them to return to the people. I came from them. I wish to be one of them again.
Posted by Relax Max at 7:47 PM