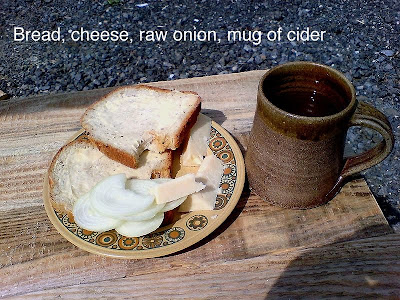 Often simply called a "ploughman's", it consists of (at a minium)...
Some cheese (a thick piece, often cheddar or some local cheese)
Relish (usually called "pickle" in the UK, but what Americans would know as relish)
Maybe a sliced onion instead of the relish, though
Bread (especially thick, crusty bread. A slab of bread with butter)
And that's it.
But more is usually added: a salad; perhaps half an apple and some potato chips (crisps) and maybe even a diced up boiled egg.
Well.
To an American, this is more like an appetizer (starter) tray. And SURELY it is not hearty enough for any hard-working ploughman!
It's not really an ancient dish, though - dating perhaps back only to the 1960s when the Milk Marketing Board was trying to promote the sales of cheese. They succeeded on a grand scale.
Some think there was a similar meal called a ploughman's lunch, dating from about 1957, and still others think it may be an offshoot of the "ploughboy's lunch" which was popular after the war.
Be that as it may, it is now an English culture icon and staple of pub food.
I might try it. I might, that is, if I couldn't smell fish and chips cooking in the kitchen.
Speaking of fish and chips, the best are no longer found in Upton Village, the late Mrs. Longden having apparently had her coal-fired fryer buried with her and the local pork police confiscated all her pig fat. And so the best fish and chips in the UK are not in England at all, but in Scotland, Wales, and NI, in that order. I will tell you where in another post. But the best fish and chips in England? I still favor Grimsby, but the Times says Coleman's of South Shields, and I suppose they would know.
Here is another ploughman's thing 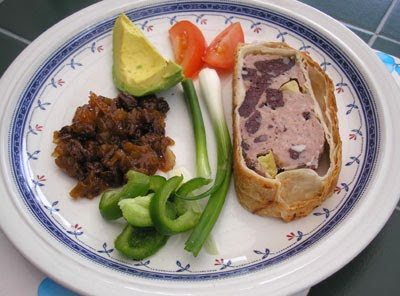 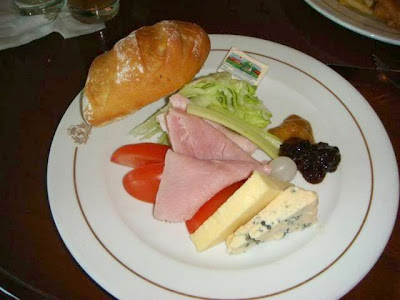 And a strangely demonic child about to dig into bread and cheese with obvious relish... 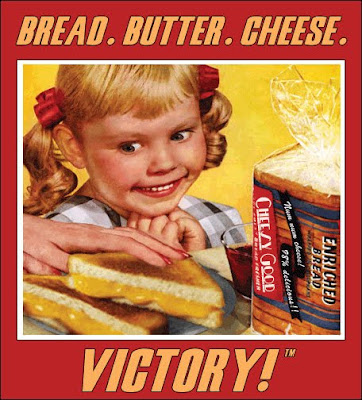 And, finally a Relax Max version of a Ploughman's 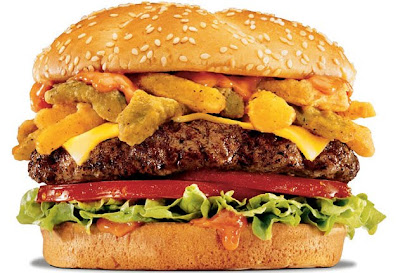