Words of Great and Patriotic Leaders 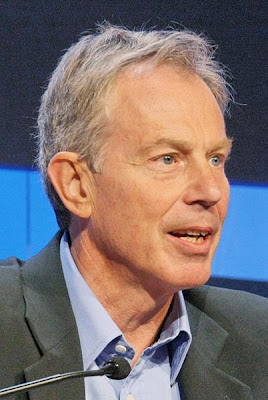 Quotes from the great and patriotic Tony Blair:

"The art of leadership is saying no, not saying yes. It is very easy to say yes."

"Our tolerance is part of what makes Britain Britain. So conform to it, or don't come here."

(When asked by a member of Parliament why he believed so much in America)
"A simple way to take measure of a country is to look at how many want in... and how many want out."
Posted by Relax Max at 12:49 PM