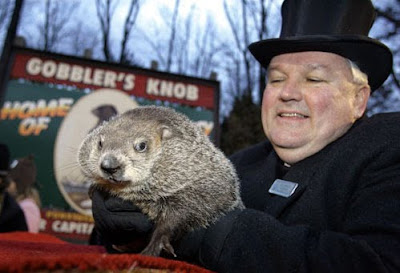 Punxsutawney PA March 27 (AP) - Police say they charged a Pennsylvania man with public drunkenness after he was seen trying to resuscitate a long-dead opossum along a highway.
State Police trooper Jamie Levier says several witnesses saw 55-year-old Donald Wolfe, of Brookville, near the animal Thursday along Route 36, about 65 miles northeast of Pittsburgh.
The trooper says one person saw Wolfe kneeling before the animal and gesturing as though he were conducting a seance. He says another saw Wolfe attempting to give mouth-to-mouth resuscitation.
The AP says they couldn't find a home phone number to contact Wolfe for comment.
I know, I know. Phil is a groundhog. Still, thank God.
--------- 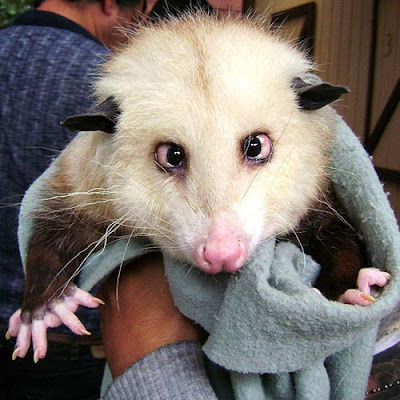