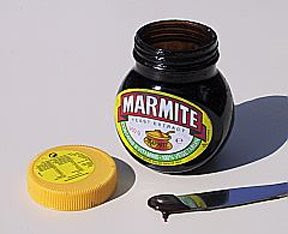 Amazingly, we WERE speaking of those liquids in the comments of the last post. As a result, I have been led even further afield in my research.
First (in case you haven't bothered to read it or the comments thereto), the last post was about "things that taste bad". Bass ale was really just one example. But "things that taste bad" is a much larger genre that bears further exploration, don't you think? Of course.
As a natural consequence of this thought process, I soon found myself on the Wikipedia page for "Burton". Not that this city leaves a bad taste in anyone's mouth, but because I was ashamed I had never heard of Bass Ale, and had smartassedly poked fun at the parent city of Bass by linking to a shrug picture in the aforementioned snotty post.
It turns out (if you believe Wikipedia - and I have learned to be very cautious in that regard) that the city of Burton is historically known far and wide for the brewing of beers. I noted the article didn't exactly come right out and say "fine" beers.
It turns out this brewing opportunity (as it were) is because of the marvelously salty Burton water which they suck from the river Trent, which river, it seems, God, in a fit of some sort of aqueous rage, caused to flow through this beautiful landscape which would become the site of the future city of Burton, and, particularly, of the unfortunate brewery which would one day produce the equally-unfortunate Bass ale.
And granite, I think. Granite to make the Trent salty in order to allow for more hops to be used in the brewing of Bass ale.
Those of you who know the attention span of Relax Max will nod your heads in empathy when he tells you it was at this point in the Wikipedia article that he lost interest in Burton. Or perhaps dozed off, not sure which. But, just before the act of leaving the page, the mouse button probably already at half-click, one of those cutesy (read: annoying as hell) link-words Wikipedia is so famous for, came flying off the page and struck the dead center of my right eye.
That link-word was "Marmite".
Always seeking to increase my limited American vocabulary, and especially always on the lookout to enrich it with those special pithy British words, I clicked. Yes. I clicked on that word which (I just instantly knew in my heart) only three Americans had ever seen before me. Marmite.
It turns out Burton (or at least one factory in Burton) also produces Marmite. If you are a brewing town, why throw away perfectly good slimy brown used yeast, right? Har! - not one of you, not even Sobriquet, has ever heard of Marmite! And you call yourselves British! Sheeeit. 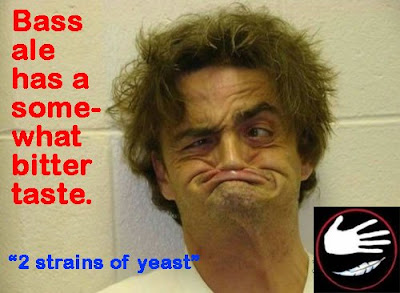 What word shall I use to describe this delicate condiment? "Repulsive?" "Revolting?" No, not strong enough. Need something stronger. Al Gore comes to mind. "Gore-raising." Ah, yes. Something to do with gore. Or Gore. As you wish. That terrible feeling in your diaphragm as you realize a good purging chunder has become imminent. Such as when an ungodly smell wafts into your unguarded nostrils as you walk your dog past a sewage treatment plant in the dead of Summer. Or when when Al Gore unexpectedly walks into the room. Either way.
Marmite.
The last post was about things that taste unpleasant, and inadvertently brought both Finland and France into the fray as well. Super-Piss. Schitt. Bass Ale. This post will close the chapter. The last word, I promise, on the subject of bad taste will be Marmite. Or Algore. Take your pick.
Actually, come to think of it, "gorge" is the word I was trying to raise, not "gore". Too late now - this post is finished. But "gore" ain't bad either.
Peace. Please do come back for more.
Posted by Relax Max at 10:36 PM