"An angel told me God made me pregnant." 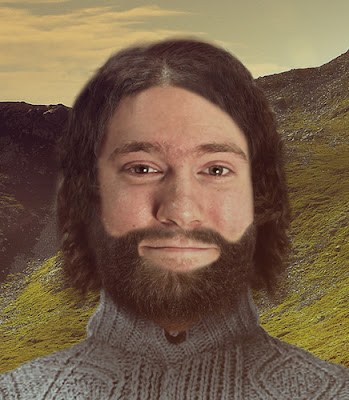 It's hard to "conceive" of a religion with more rites and laws than Judaism.

Joseph (later to become known as SAINT Joseph d'gullibul) was betrothed to Mary. Back then, the engagement lasted one year, and during that time there was to be absolutely no hanky panky. Whatsoever. Then, after the year was up, they got married and were then allowed to get it on. One assumes.

The thing is, Joseph discovers his fiance is pregnant before that year is up.

The Bible says, "Joseph was troubled."

Flummoxed. Maybe even fit to be tied.

One assumes he probably broached the subject to Mary.

As we old radio operators used to say in the military, "What the fuck, over?"

A lesser man than a future saint might have been semi-loath to accept her answer, which was, coincidentally, the title of this post. No sir.

Now, the really odd thing here is that the Bible goes on to say that Joseph was troubled because he was afraid his friends (or the townspeople at large, if he had no friends) would soon take note that his bride-to-be was obviously mightily preggers (or, as the Bible put it, "Heavy with child") and would think HE had done the deed before the year was up.

But such was not the case, Joseph knew. He had walked the betrothal walk; he had kept the faith, he had kept his wick dry. In a manner of speaking.

Well, holy bananas, Joe, I think to myself when I read that passage. Jumping the gun would have been the LEAST of your worries, I would think. All you would have to do is respond to the sniggers with a knowing wink and strut around like a rooster, right? Not so bad.

'Course they would have probably stoned Mary to death. I forgot about THAT law. Life was hard in the year zero.

Anyway, did it not occur to Joseph that there was something WORSE than messing up a one-year celibacy gig? Think hard, Joe.

There. I've said it out loud. Let the cat out of the bag. Slipped the surly bonds of blogging decorum.

So Joseph was troubled, the Bible says. Only for the wrong reason. Or the lesser of two reasons.

But God sent another angel, this time to Joseph. Whew, eh?

Do you remember the movie Starman? Where the alien (Jeff Bridges) who looked like her dead husband, made Karen Allen pregnant, but not the usual way? Just by concentration? Zot. And she was with child. Verily.

Wait wait wait. That's wrong. Now I remember. He actually DID her. I think in a boxcar outside Las Vegas. (I am doing this by memory, and it might have been at the meteor crater outside Winslow, but I think it was Las Vegas.) Only, since he had used her dead husband's DNA to become human in appearance, his seed was actually her husband's seed and so by golly it was all okey dokey. And so she said ok. But the important thing was he didn't just go "ZOT" like what happened to Mary, so Karen was not a virgin with child, you see. Well, she had been married anyway but you get my point.

I ramble. I didn't mean to. 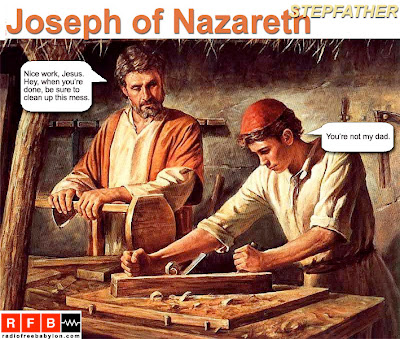